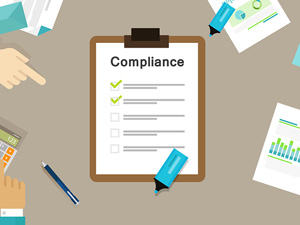 On May 29, 2018, President Trump signed the Economic Growth, Regulatory Relief and Consumer Protection Act into law in an effort to provide regulatory relief to the banking sector. The new law rolls back a number of changes made to the banking system under the Dodd-Frank Act — which came into effect in 2010 in the wake of the Great Recession with the stated aim of protecting consumers from predatory lending practices. Despite its noble goals, many soon recognized that the mandates under Dodd-Frank, including enhanced prudential requirements and stress tests for lenders, applied to banks that are a far cry from the so-called “Too Big to Fail” institutions that were blamed for the reckless lending behavior that led to the housing crisis.

Among other things, Dodd-Frank’s regulations created several new reporting mandates that kept many small and mid-sized banks buried in paperwork; and according to critics it hampered economic growth by raising compliance costs, reducing local credit availability, and ultimately leading to increased consolidation in the banking industry.

Last year, the Independent Community Bankers of America (ICBA) issued a paper calling on Congress and the new administration to undo some of these restrictions.

“To reach their full potential as catalysts for entrepreneurship, economic growth, and job creation, community banks need relief from suffocating regulatory mandates,” the ICBA wrote, in a paper titled Plan for Prosperity. “The exponential growth of these mandates affects nearly every aspect of community banking. The very nature of the industry is shifting away from community investment and community building to paperwork, compliance, and examination.”

In November 2017, Sen. Mike Crapo [R-ID] took up the mantle of reform in Senate Bill 2155, which subsequently gained the support of 26 co-sponsors from across the political spectrum.

The community banking sector lobbied hard for the passage of the bill, with more than 10,000 community bank employees and their allies signing a petition calling on Congress to pass SB 2155 into law.

Lawmakers listened, and in May the bill (which had been passed by the Senate in March) swept through the House with bipartisan support. The new law includes a number of important relief mechanisms for community banks.

For example, the law relieves the burden of certain compliance mandates for bank holding companies with assets of up to $3 billion, compared to just $1 billion under Dodd-Frank.

It will also establish a new “Community Bank Leverage Ratio” of not less than 8 percent or more than 10 percent for “Qualifying Community Banks” with less than $10 billion in assets.

According to a briefing paper on the law by the law firm Ballard Spahr:

Also under the law, certain mortgage loans that are originated by a depository institution with less than $10 billion in total consolidated assets will now automatically be deemed “Qualified Mortgages;” and loans made by these institutions will be exempted from escrow requirements enacted under Truth in Lending Act (TILA). Dodd-Frank had amended TILA to add a general requirement that an escrow account be established by a creditor to pay for property taxes and insurance premiums for certain first-lien higher-priced mortgage loan transactions. Currently, only the smallest originators are exempted.

Some observers have pointed out that while the Economic Growth, Regulatory Relief and Consumer Protection Act makes important regulatory changes, enacting those corrective measures will ultimately require action from federal agencies that oversee the banking sector. While much of this action is mandated under the law, for some measures it will mean a public comment period that is likely to push many reforms into 2019. The changes also, in most cases, preserve discretion by the regulators in assessing a bank’s risk when determining whether enhanced regulatory compliance is still needed.

On July 6, the Federal Reserve, the Federal Deposit Insurance Corporation (FDIC), and the Office of the Comptroller of the Currency (OCC) issued a joint statement outlining the timeline for implementation of the Economic Growth, Regulatory Relief, and Consumer Protection Act and detailing some of its major provisions.

“Consistent with the banking laws as amended by [the Act] the agencies will continue to supervise and regulate financial institutions within their jurisdictions to ensure the safety and soundness of individual institutions and the stability of the broader banking system,” the regulators wrote.

BancAlliance will continue to pay particular attention to how the Economic Growth, Regulatory Relief and Consumer Protection Act is rolled out and brief members on its timeline.